Cars not accepted by the Russian side at the Russian-Belarusian border, returned to “Ukrzaliznytsya” 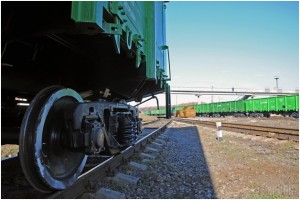 The number of detainees on the border of Ukraine with the Russian Federation of railway cars bound for Kazakhstan and Kyrgyzstan, at 9:00 on August 1 to 143, but 106 of them (74,1%) were sent by the changed route, said the Ukrainian operational headquarters response. “33 is redirected to a receiving station of the goods, that is returned to the consignor, the other 4 remain at the border crossings”, – said in the headquarters on Monday.

According to her, the carriages not accepted by the Russian side at the Russian-Belarusian border, returned to “Ukrzaliznytsya”. “As of 9:00 on August 1, according to operational information received from the State fiscal service, in recent days the Ukrainian vehicle is not been refused a clearance to cross the border,” reports the operational headquarters.

As reported, the President of Russia Vladimir Putin the decree from January 1, 2016 was established that the international transit road and rail transport of cargoes from Ukraine to Kazakhstan across Russian territory are carried out only from the territory of Belarus “, subject to the application to cargo spaces (compartments) of vehicles and railway rolling stock, premises, containers and other places where are or can be the goods, means of identification (seals), including operating on the basis of technology global navigation satellite system GLONASS, as well as the presence of drivers of vehicles operating road transport, discount coupons”.

Then on 1 July, Putin has supplemented his decree new regulations, extending its effect not only on Kazakhstan but also in Kyrgyzstan. In addition, introduced a temporary ban on road and rail transport of goods in respect of which in the Russian Federation are applied rates of import customs duties established by the common customs tariff of the EAEU different from zero, and of the goods included in the list of agricultural products, raw materials and food, approved by the RF government.

According to the document, the government of the Russian Federation in the case of the appeal to him of the governments of Kazakhstan and Kyrgyzstan have the right to allow road and rail traffic above goods subject to the order of these operations.