Kazakhstan recommends to the carriers from Ukraine going around the Russian Federation since July 1, 2016 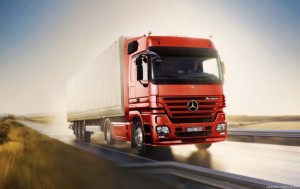 Kazakhstan recommends going around the Russian Federation since July 1, 2016 to the carriers, which perform international transportations from Ukraine to Kazakhstan. The press service of the Ministry of Investments and Development of the Republic of Kazakhstan reports about it.

The statement said: “Organizing cargo delivery by the following routes: via Georgia, Azerbaijan and across the Caspian Sea to Aktau, and also via Turkey, Iran, Turkmenistan and Uzbekistan”.

Besides, it is noted that about 500 cars and 1000 trucks are being handled monthly through a ferry complex of Aktau port for today.

“Taking into account the expected additional volumes, the Aktau port has a transshipment ability for handling additional cargoes coming from Ukraine”, – it is reported.

It is noted, that these measures are caused by the suspension of the Agreement for a Free Trade Area between the Russian Federation and Ukraine, which was signed in St. Petersburg on October 18, 2011, from January 1, 2016.