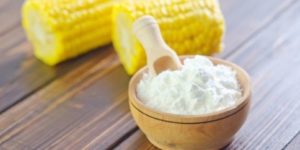 Corn starch exports from Ukraine keep growing, reports UkrAgroConsult. The country exported 30.7 KMT of corn starch over the seven months of the current season (September 2016 – March 2017). This is already 5.5% more than supplied for the whole last season (29.1 KMT was in MY 2015/16).
Indonesia remains the top importer of Ukrainian corn starch. Shipments to this country also expanded in the period under review, by 38% to 13.8 KMT against 10 KMT in September-March 2015/16. Russia also continues to steadily import Ukrainian corn starch.
The current season featured opening of Saudi Arabia’s market to this product. Ukraine exported over 3.5 KMT of corn starch to this market in January-March of MY 2016/17.

In view of steadily increasing corn starch production in the country over recent years, Ukraine enhances its presence in end markets of this product. Apart from the above-mentioned destinations, a rise is also seen in this season’s exports to the European Union, Belarus, Malaysia and the UAE.