One of the main business areas of “TIGER Logistic Link” is transportations of non-container cargo lots – LCL/LTL transportations. If your cargo volume is not enough for ordering the whole container/truck we can offer you the service of consolidated cargoes transportations.

Consolidated cargo transportation means that your cargo will be shipped together with the same small cargoes, which are collected in one container/truck. This allows to decrease the cost of transportation significantly. According to the global standard the cargo can be accepted for LCL/LTL transportation on condition that its volume does not exceed one third of container/truck volume.

“TIGER Logistic Link” offers you a reliable LCL (Less than Container Load) service from South-East Asia, Europe and North America. The cargo is consolidated on the warehouse in the country of origin and is delivered to the ports of Ukraine/Russia in a consolidated container. When the cargo arrives to the port of discharge and undergoes all formalities we perform its delivery by truck directly to your warehouse. There is a possibility to perform customs clearance in the port or to deliver the cargo to the destination point under customs control.
“TIGER Logistic Link” actively cooperates with different LCL operators on popular and regular routes from South-East Asia, Europe and North America.

“TIGER LOGISTIC LINK” is ready to offer you the following services in performing lcl/ltl transportations: 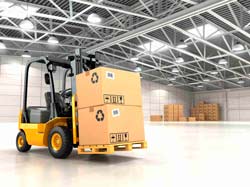